How does the acquisition impact Timeglider?

If you're an existing Timeglider user, you can continue signing into Timeglider and using it like you always have for the foreseeable future.

However, Timeglider will no longer be accepting new sign ups. To create a timeline we recommend checking out Preceden which provides similar functionality as Timeglider.

Do you have plans to shut down Timeglider?

We likely will shut down Timeglider eventually, but not for at least 2 years, so it will be July 2021 at the earliest. This will ensure there's no disruption to anyone currently using Timeglider.

Several months before we shut down Timeglider, we will email everyone who has recently used it it to make sure they're aware that it will be shutting down. If you miss those emails and later need a copy of your data, you'll be able to email us and we'll send you a CSV file with your timeline data.

How do Preceden and Timeglider differ?

Here are some things that Preceden can do that Timeglider cannot:

Here are some things that Timeglider can do that Preceden cannot:

How can I transfer my Timeglider timelines to Preceden?

Timeglider provides a CSV export that can be imported by Preceden.

Imagine you have a timeline like this in Timeglider: 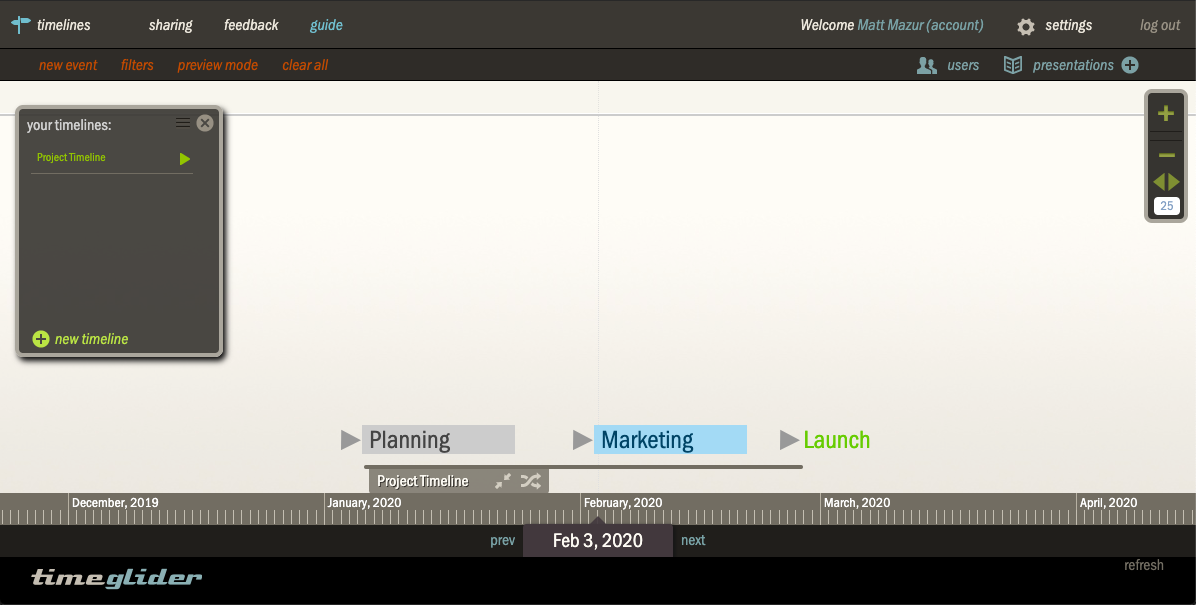 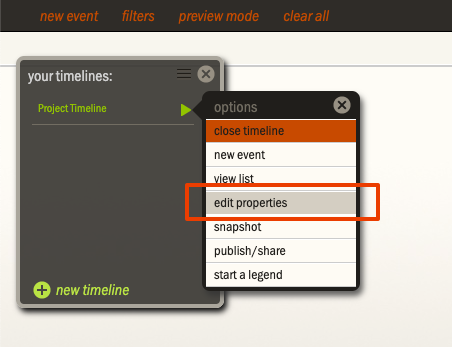 2. On the import/export tab, click on the CSV link in the section about exporting to Preceden: 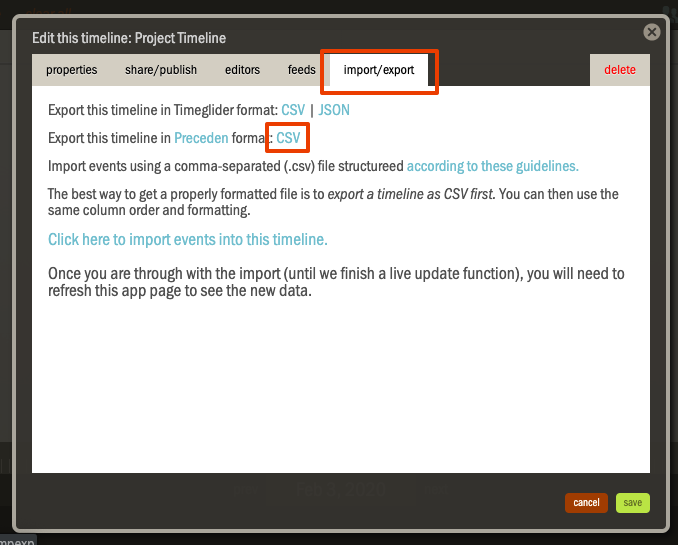 3. On an empty timeline in Preceden, click the Import CSV button and then select the CSV file that Timeglider exported in the previous step:

A few notes on importing:

Does this impact the Timeglider widget?

Timeglider has a fantastic jQuery widget that lets you dynamically visualize events using your own data. It does not require having a Timeglider account and therefore is not impacted by the acquisition.