Preceden's Duplicate Timeline feature works well for 99% of timelines, but due to a difficult-to-fix bug there's one situation it does not support:

You won't be able to use this feature if your timeline meets the following criteria: 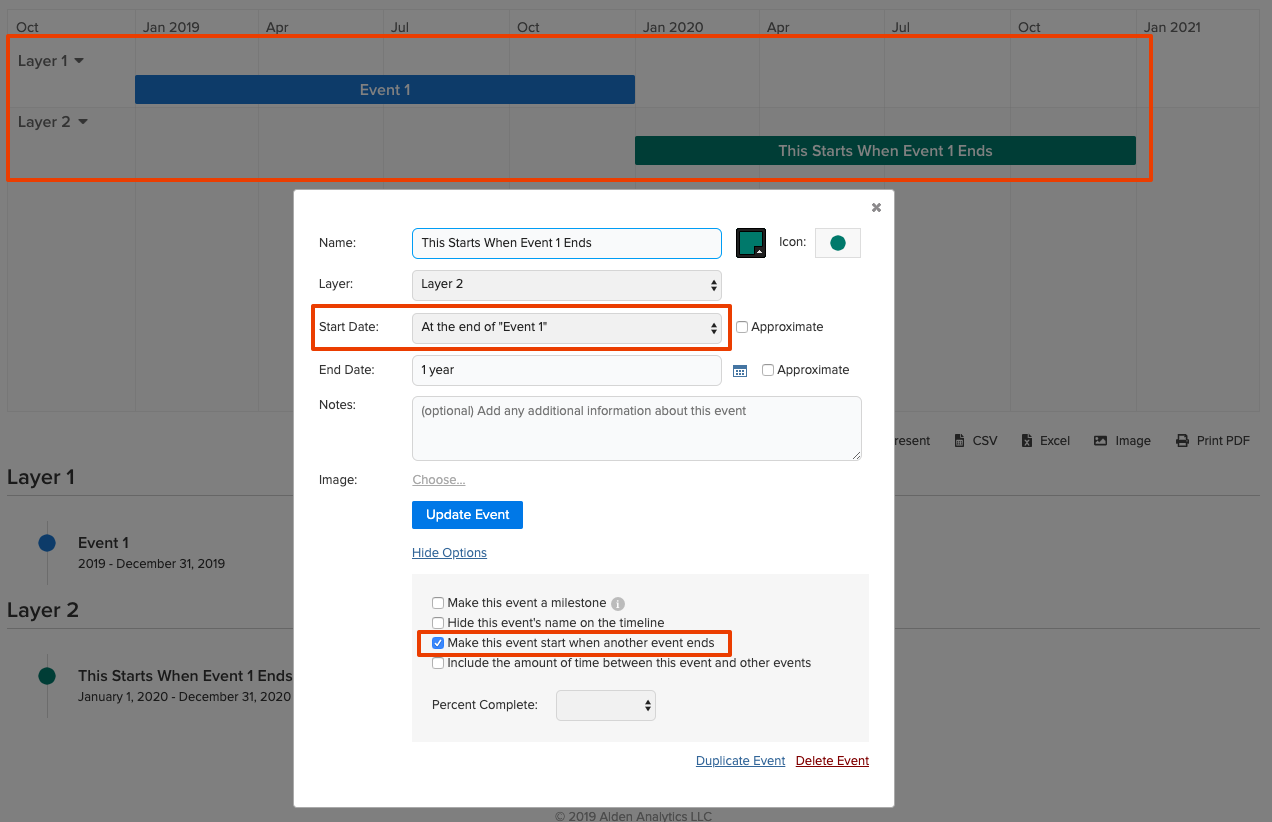 If you attempted to duplicate this timeline, Preceden would display an error.

There are two ways to get around this:

It's on our roadmap to fix this, but hopefully one of these workarounds works in the meantime. Sorry about that!